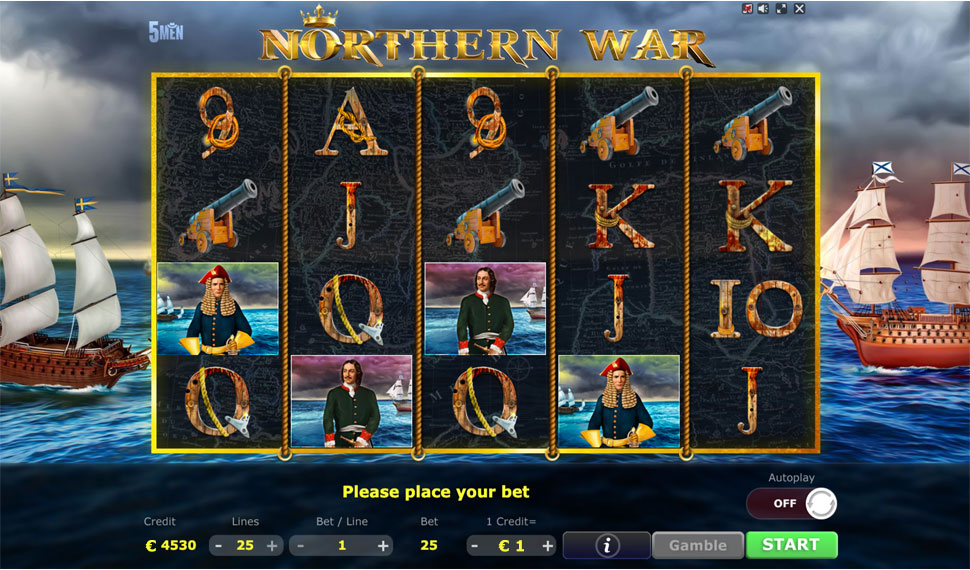 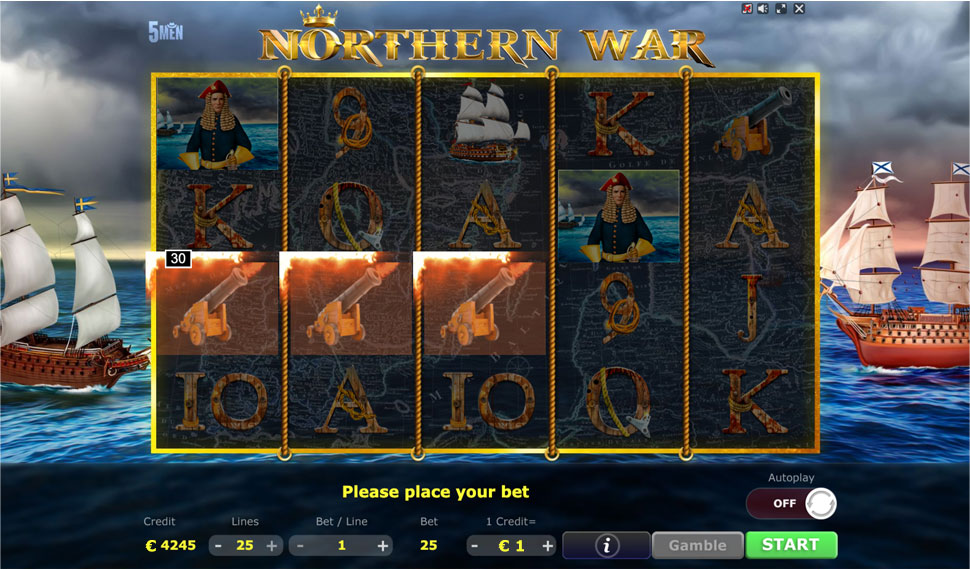 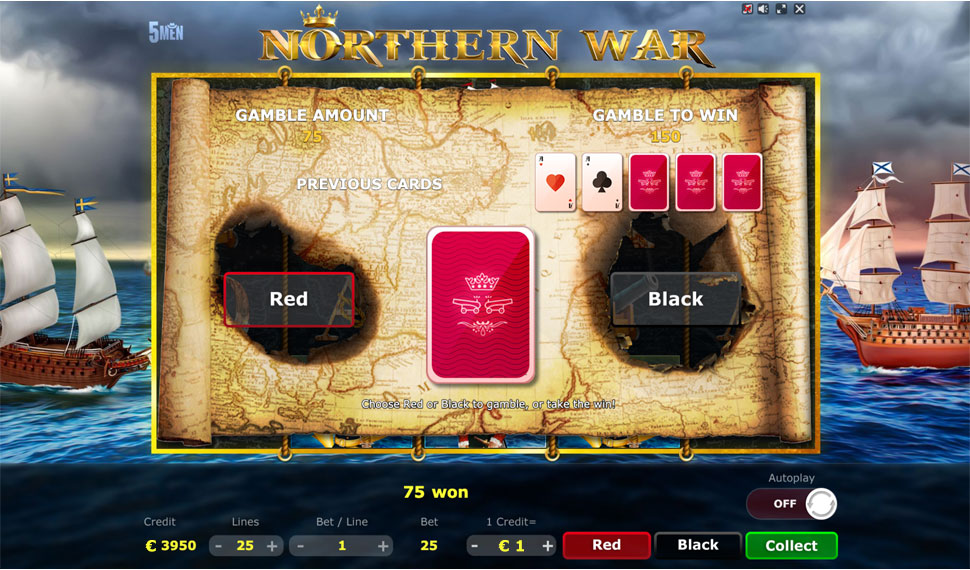 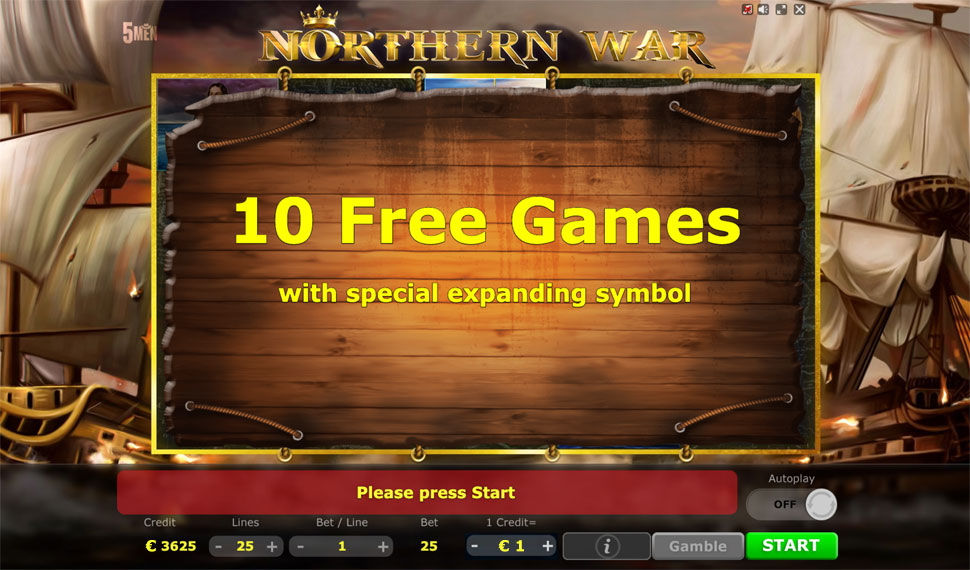 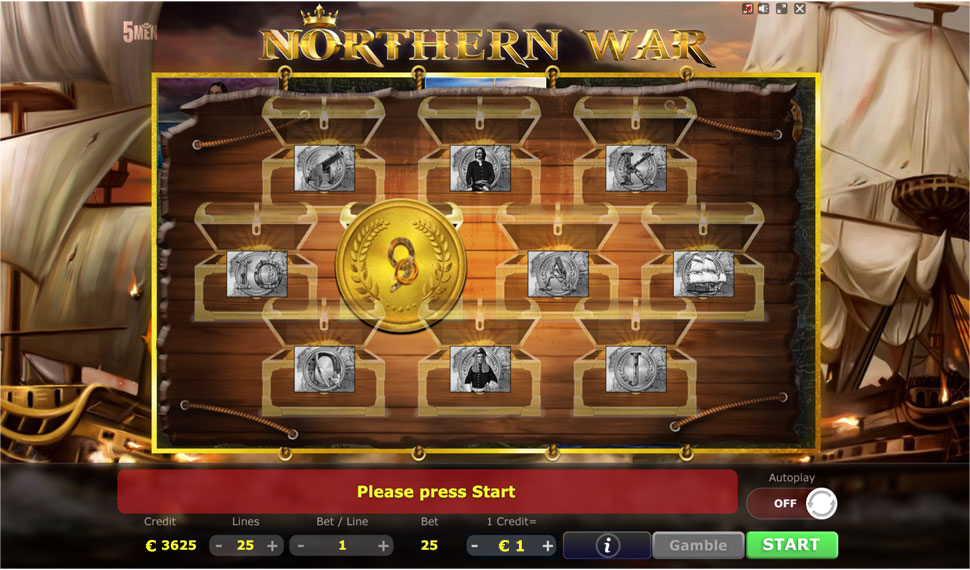 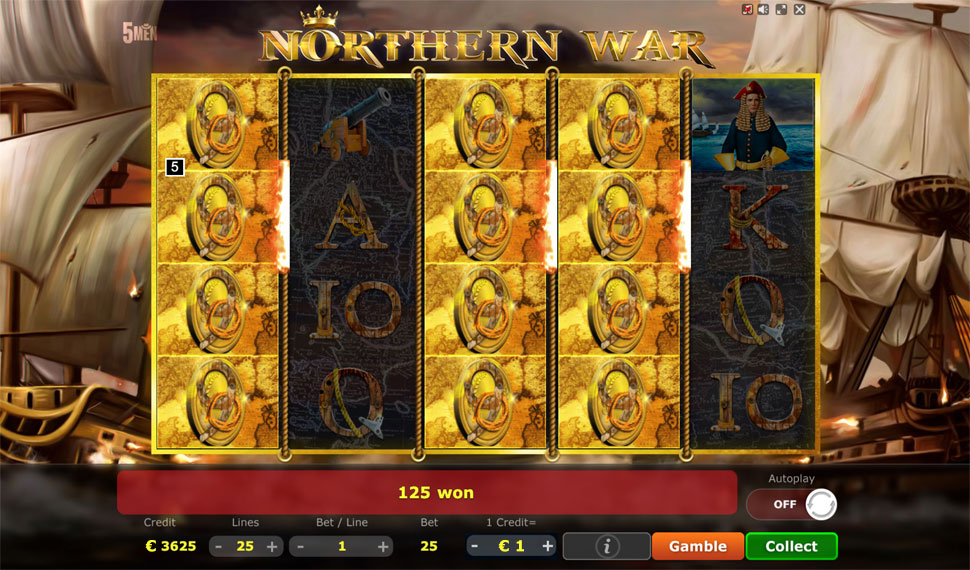 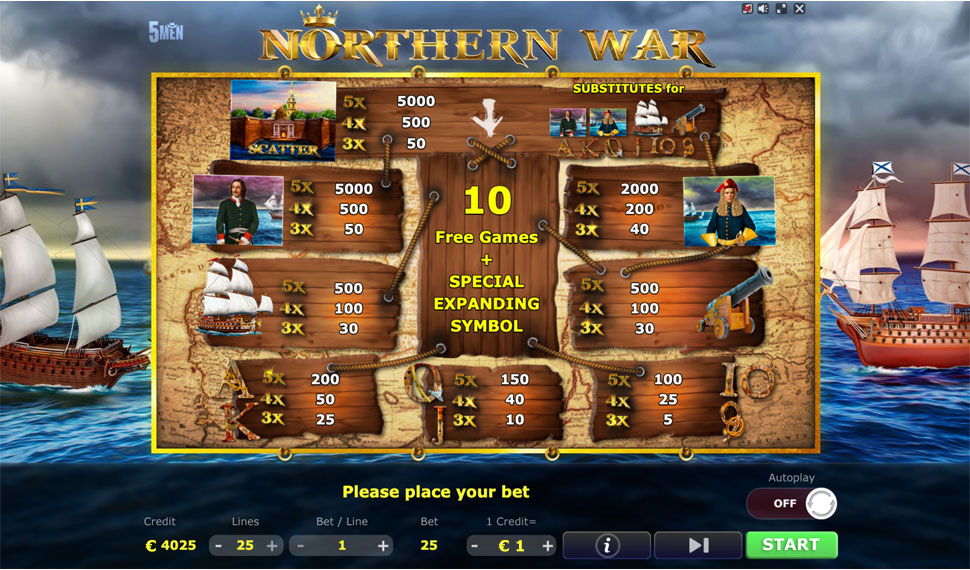 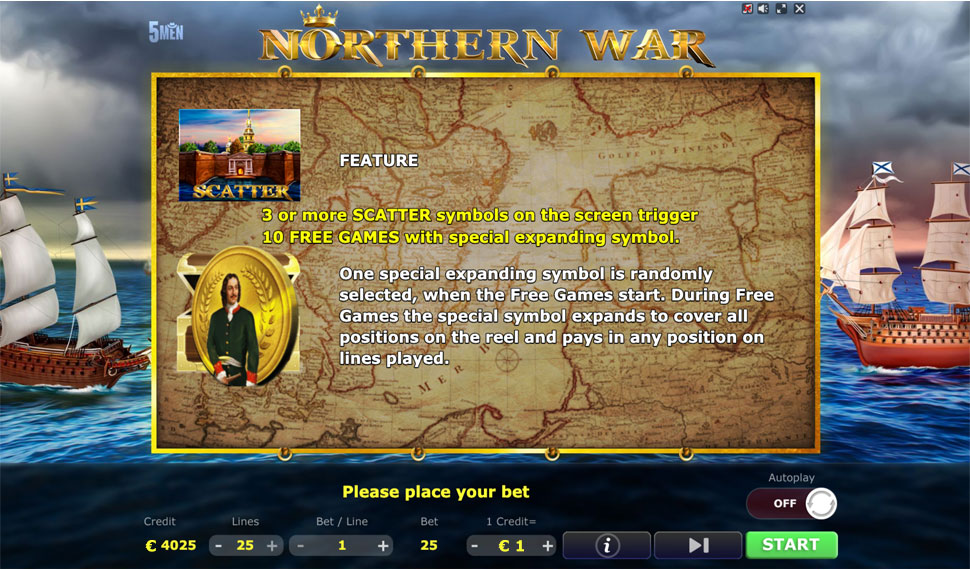 The Great Northern War was a long-lasting, twenty years long multi combat military conflict between the coalition of Northern European countries and the might Swedish Kingdom, that ended in 1721.

Five Men Games online gaming studio brings you up the combative plot featuring some of the greatest Northern War heroes, costal, sea and land assaults. Get ready to explore sick symbols, heavy earns and exciting realistic atmosphere of the 18th century. The great Swedish Kingdom has lost its status of the super power, and as a result allowed newly born Russian Empire to take over and open the sea window to Europe. The slot is set as extended 5 reels to 4 rows greed with High volatility and adjusted hit rate values, reaching average RTP of almost 95% and very well balanced gameplay.

Like any other high volatility slot, you can expect BIG emotions from Northern War, and once you are ready to become a winner, be sure that rewards will be skyhigh UP TO 5154 times of your bet!