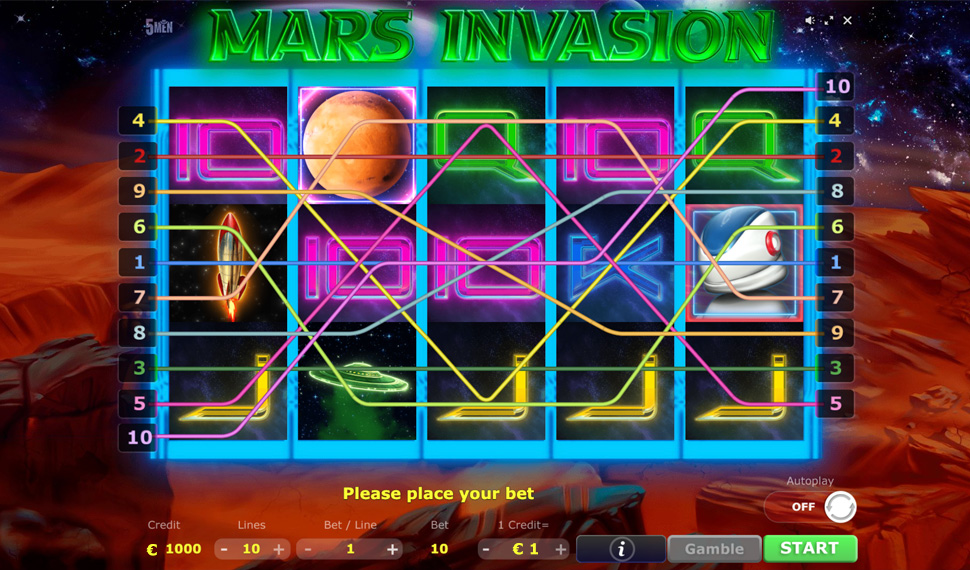 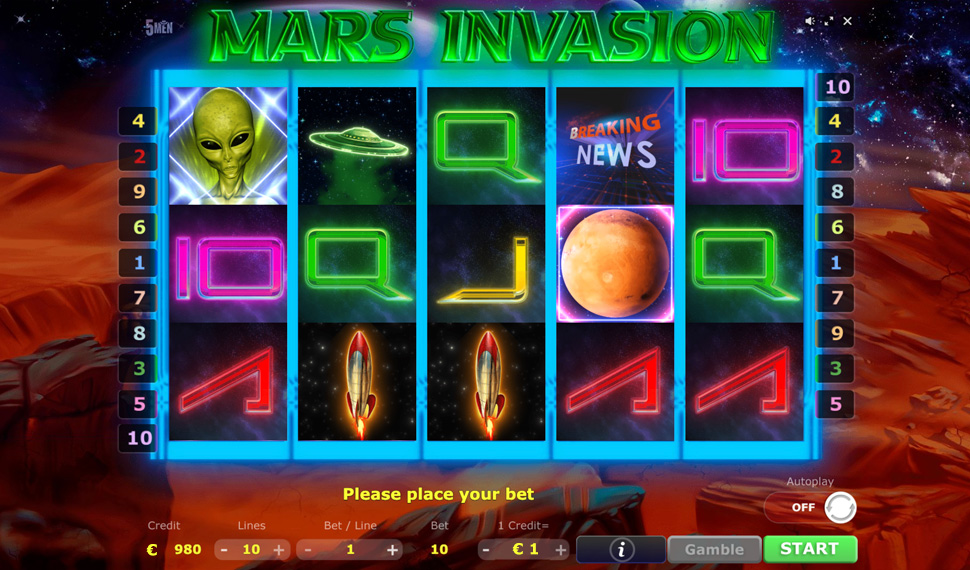 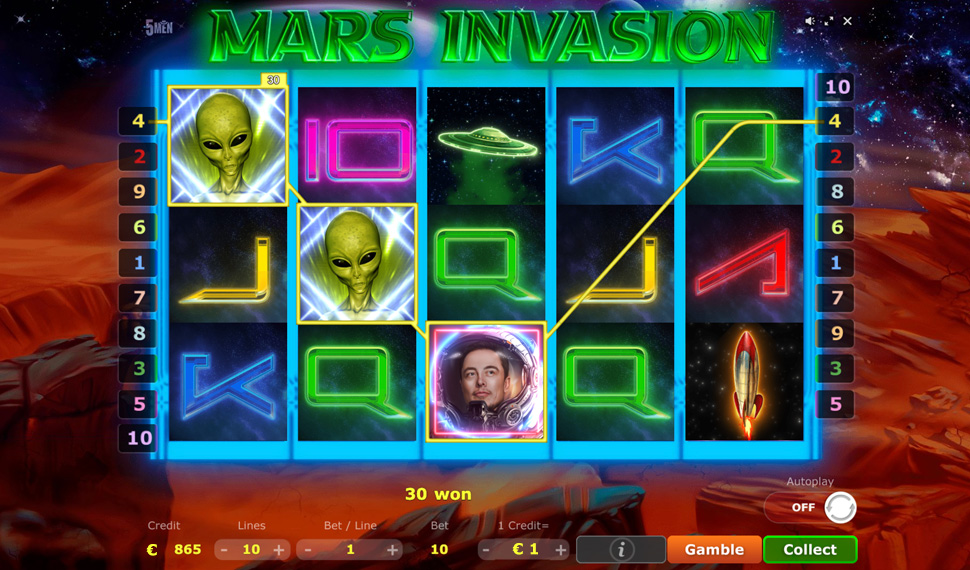 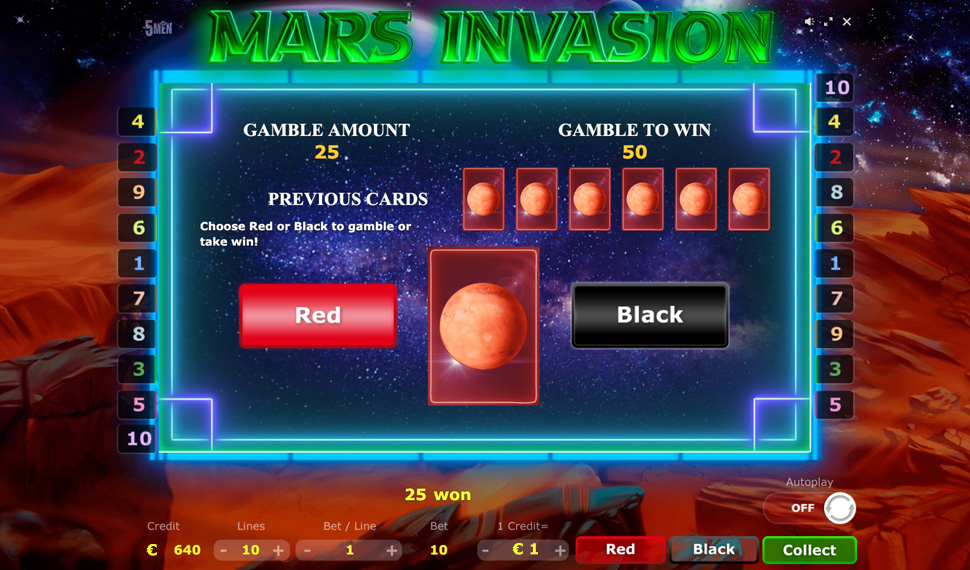 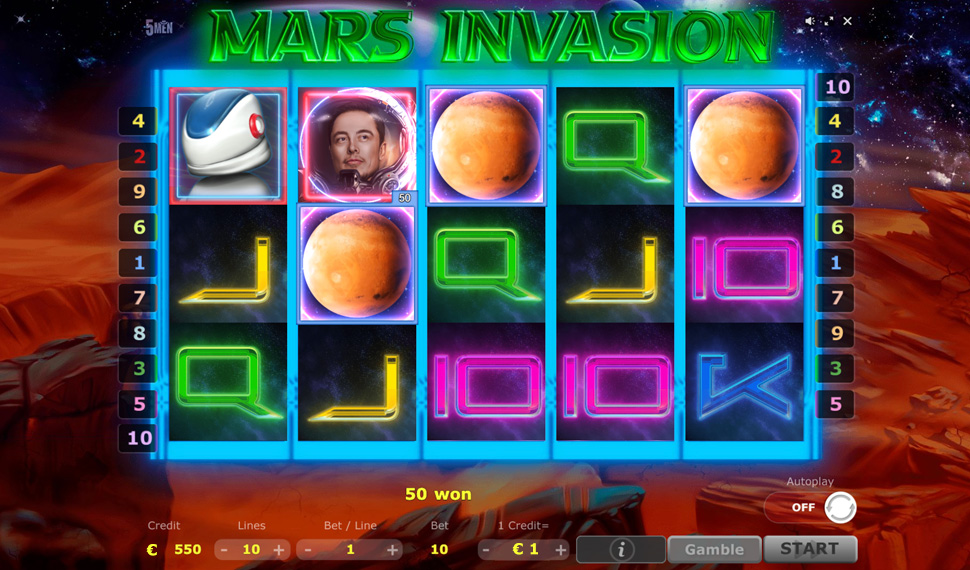 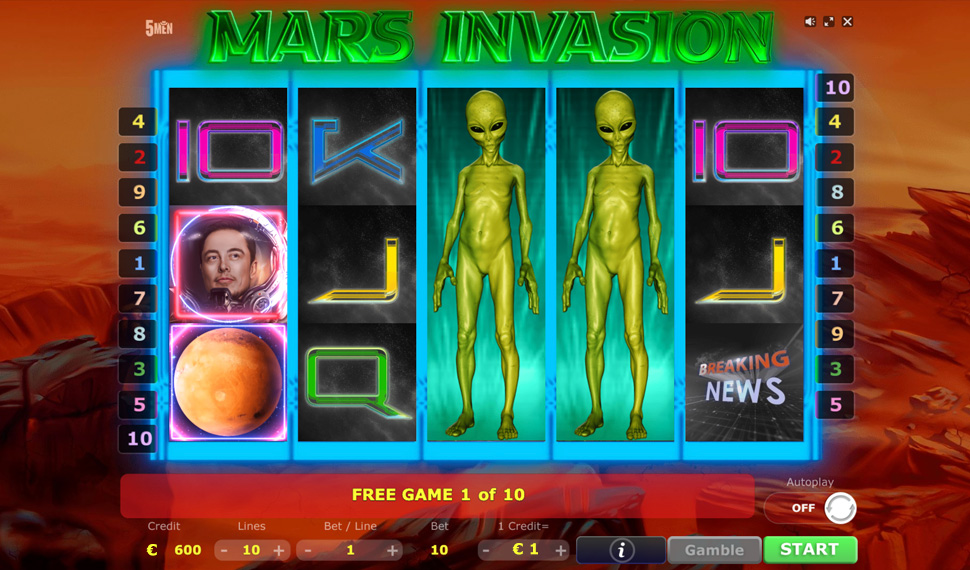 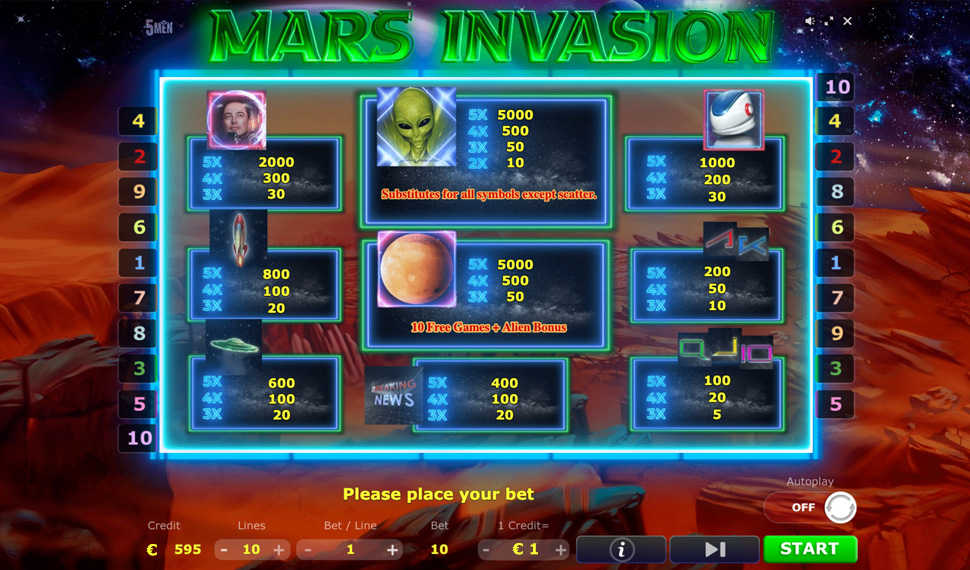 Mars Invasion has 5 reels and 10 paylines. Playable across mobile, tablet and desktop devices, it can be played from just 10 cents a spin to as much as 50 dollars a spin.

The Alien is the wild symbol which substitutes for all symbols (except for the scatter) – more importantly, the wild can appear stacked on the reels with 5 wilds on a payline rewarding you with a massive 500 times your stake win. The other main symbol is the Mars planet which is the scatter.

3, 4 or 5 Mars symbols will trigger the Free Games feature as well as give you 5, 50 or 500 times stake win (respectively) – you are then taken to a library setting with 10 free spins granted. There is also an Alien Bonus feature to benefit from which is described below.

On every single free spin, the Alien wild symbol will substitute for all symbols (except the scatter) on all positions on 2 randomly selected reels – this means you will get 2 wild reels on every free spin! This can lead to huge wins if you get wilds on the other reels.

Mars Invasion is a high variance title so don’t expect to win big often. It’s obvious the big wins will come in the free spins feature if you manage to combine the 2 wild reels with other wilds on the other reels.