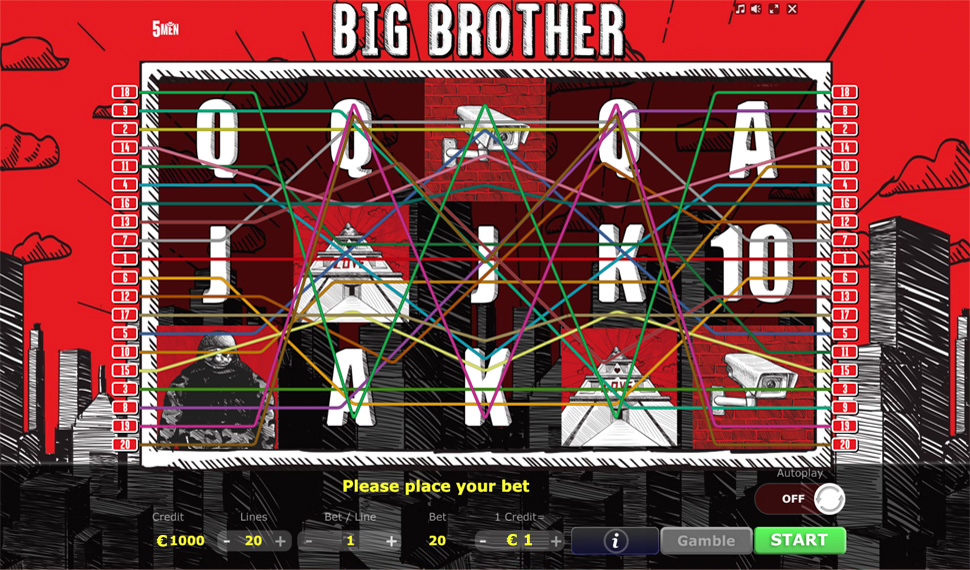 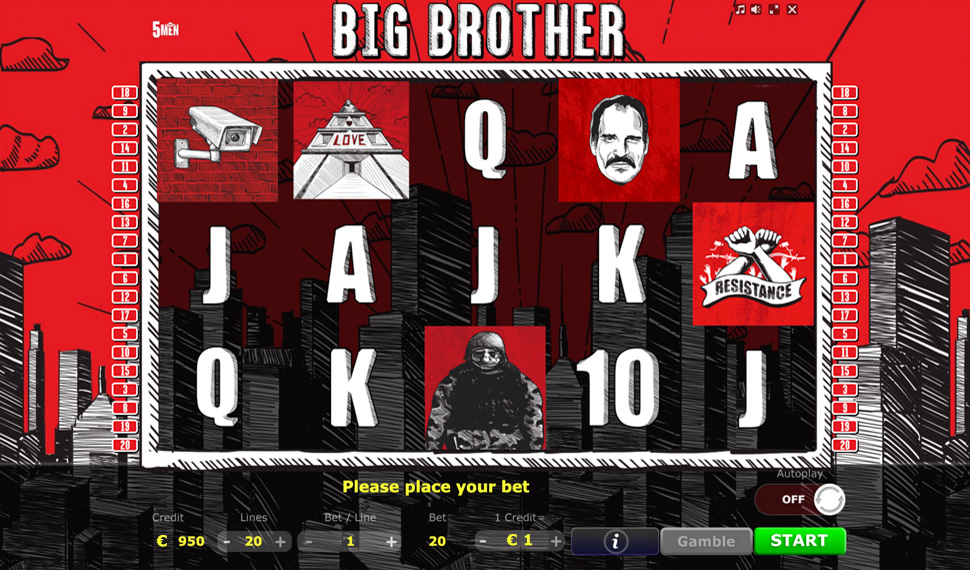 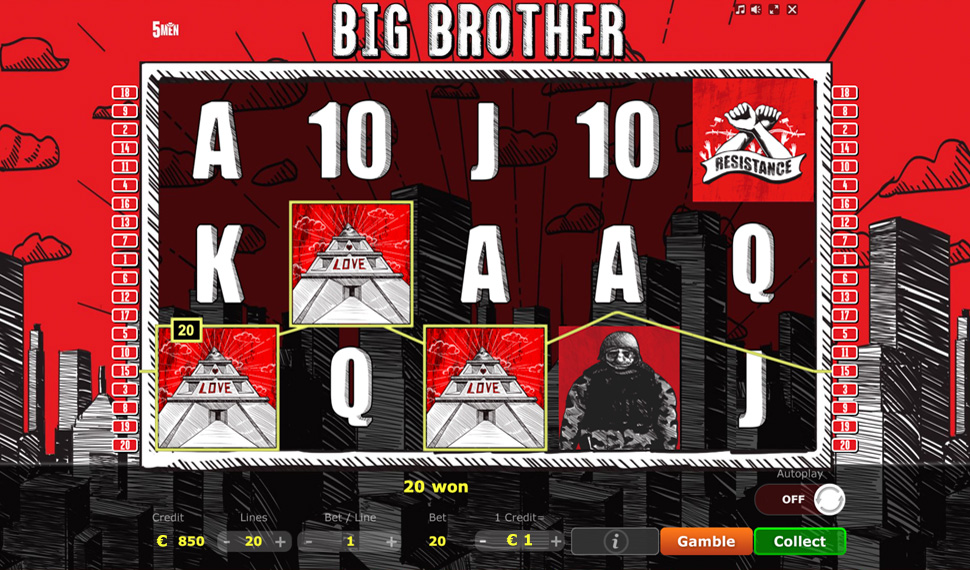 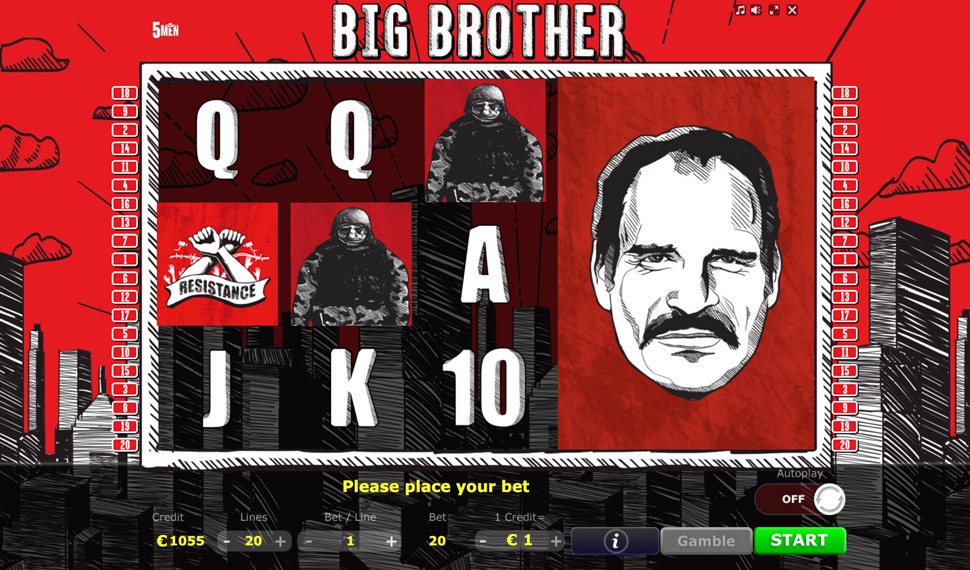 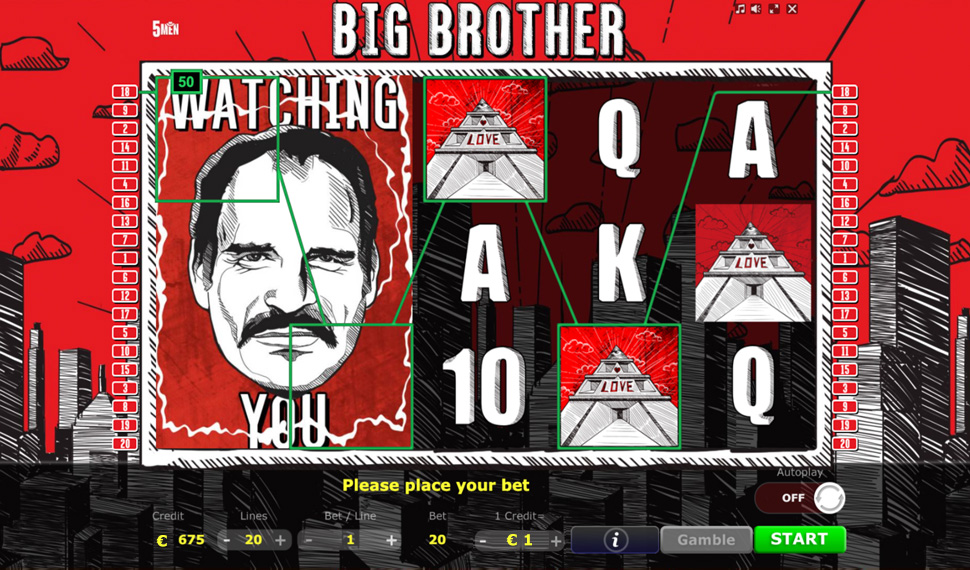 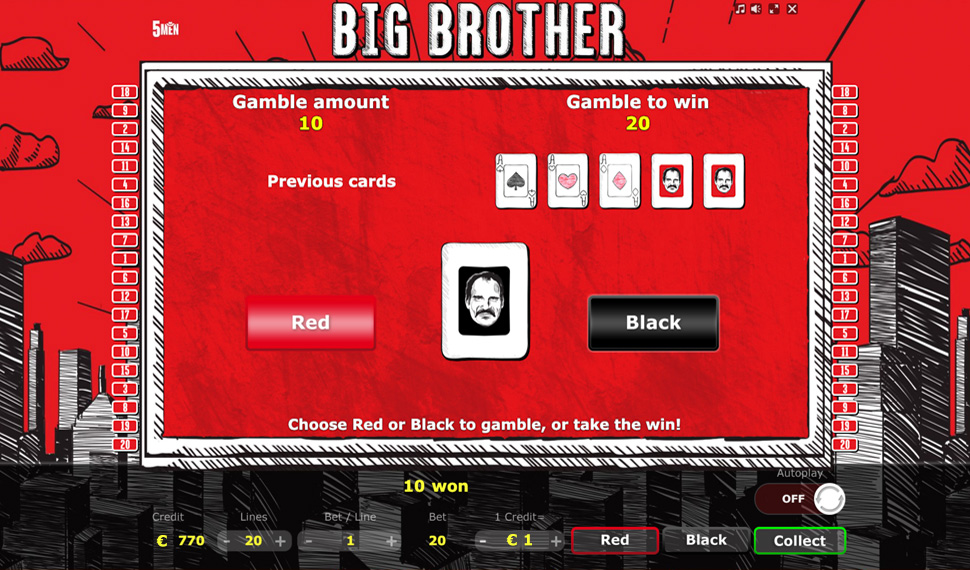 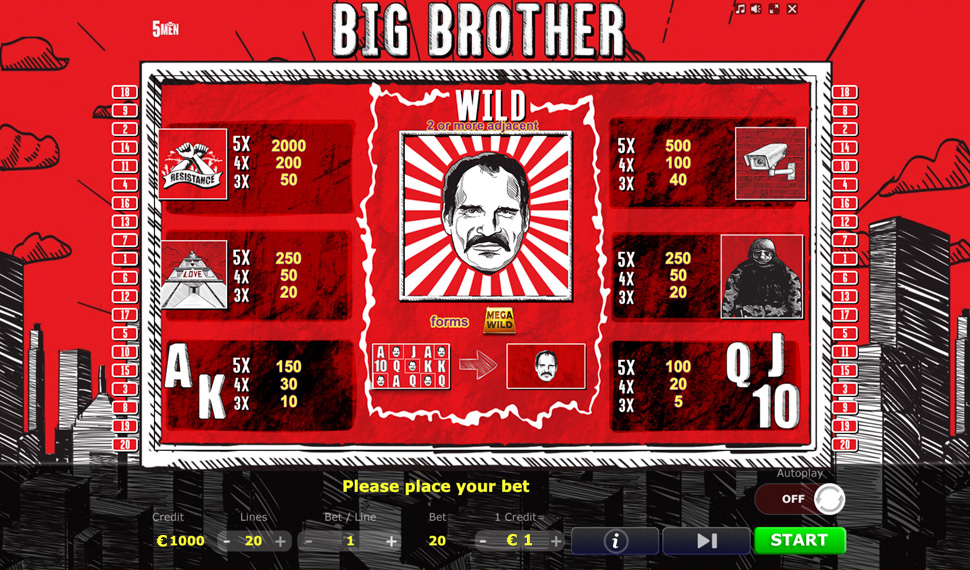 The new, supremely delightful slot from Five Men Games has emerged as a kind of mirror image of global social trends. What have we all learned very well lately? The social trend is immediately reflected in the gaming preferences of the venerable general gaming public. Is Big Brother really that cruel and watching us so closely? Or does he want the best and bestows upon his play subordinates with unimaginable profits and Wilds, giving happiness and admiration out of great pity of the heart? Big Brother is an addictive slot game with a deeply thought-out game engine and gameplay. The slot is an incredible mixture of intriguing soundtrack, a touch of secrecy, and the longed-for expectation of the highest profits. Naturally, the slot is a classic 5×3 grid, giving you ample opportunities for profit. Big Brother invites you to catch, in fact, the Biggest Brother, the Mega-Wild Symbol!

This special coveted symbol replaces absolutely all symbols on the wheels, next to which the beloved faces of Big Brother drop out! But the trick is that Big Brother is for that and Big Brother is capable of suddenly appearing … everywhere! The Big Brother symbol can generally replace ALL symbols on ALL reels, this is possible if you catch five moustachioed faces! And here we are forced to reveal to you a terrible secret: These are the Five Men! Take it as a joke or as a guide to an effective strategy – it’s up to you!

Are you ready to dive into a naughty and promising, dangerous and lucrative game with a cruel and merciful Big Brother? Go for it!