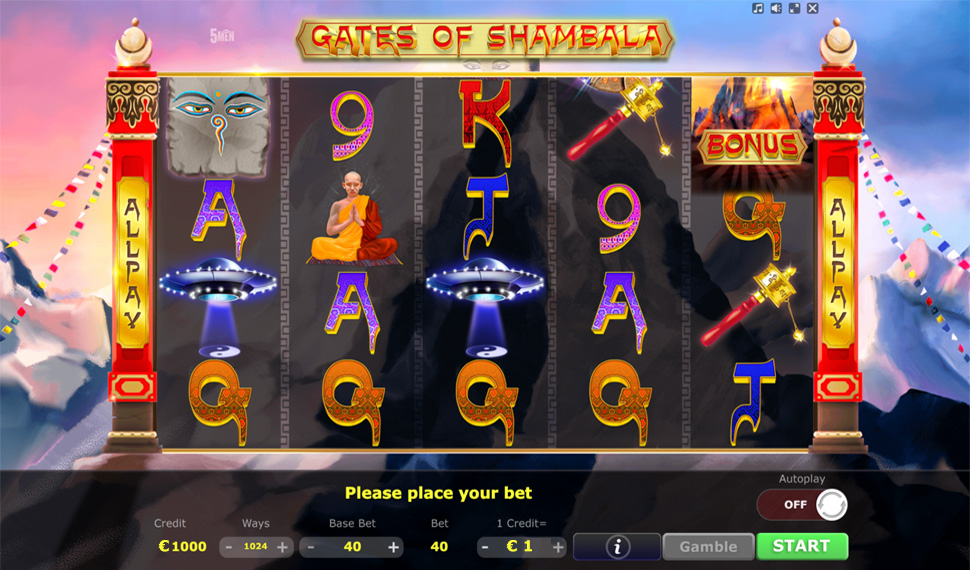 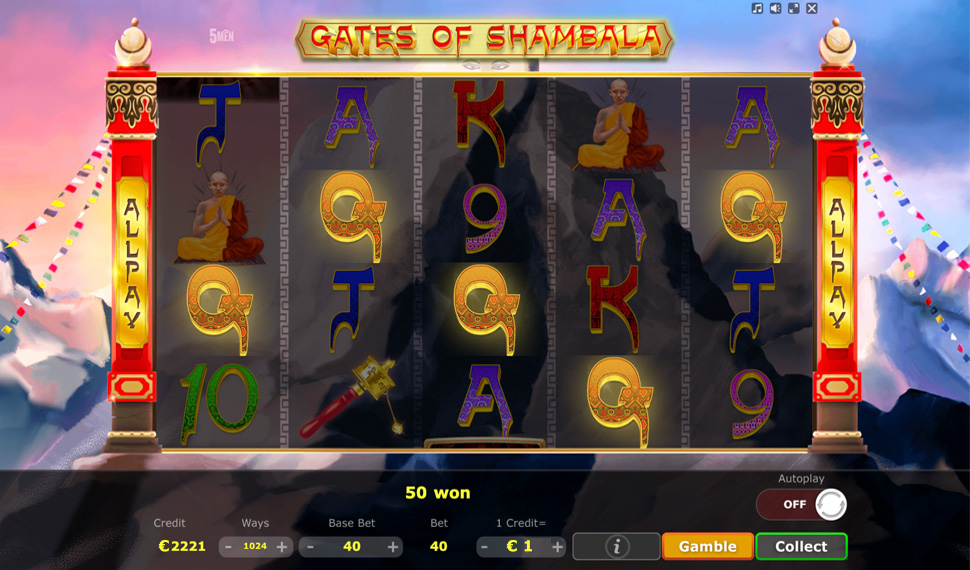 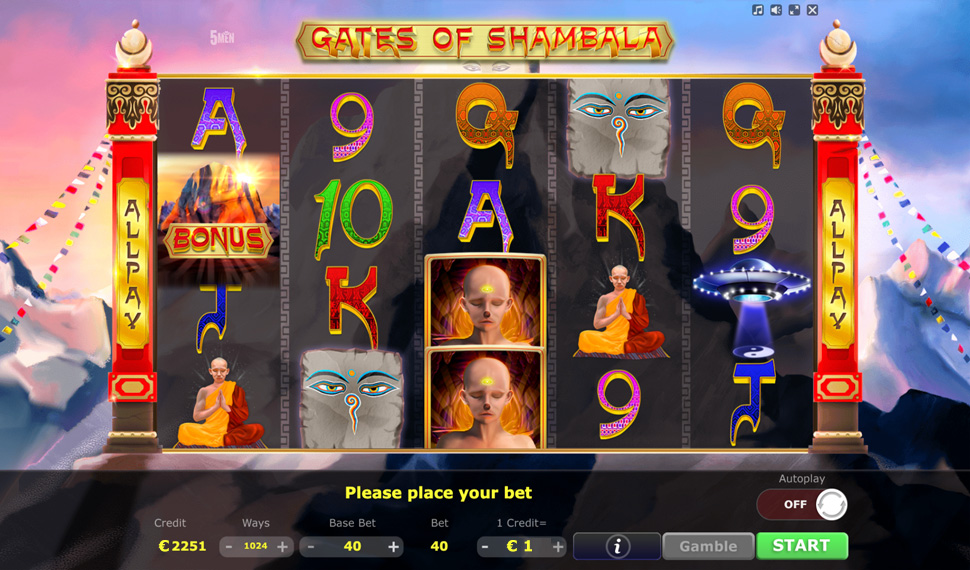 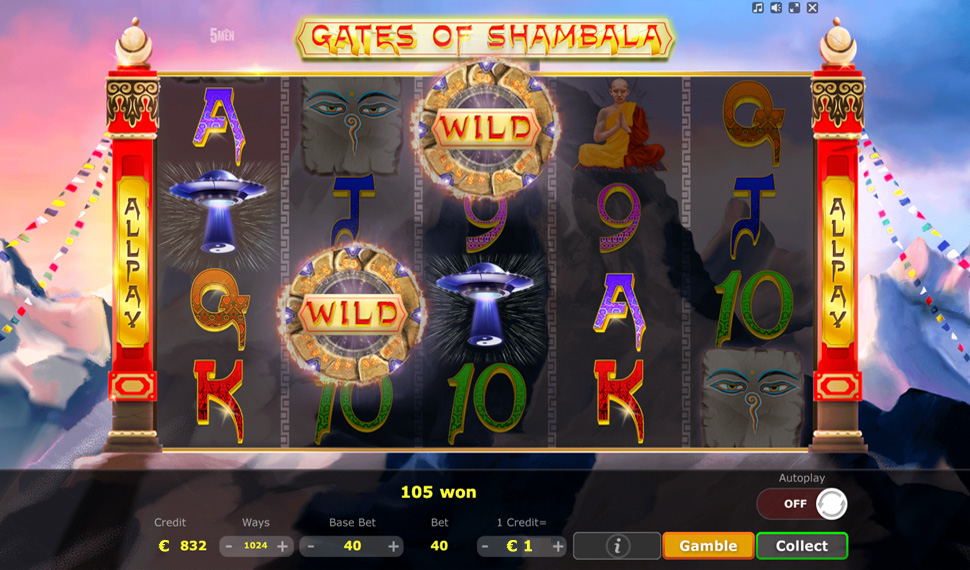 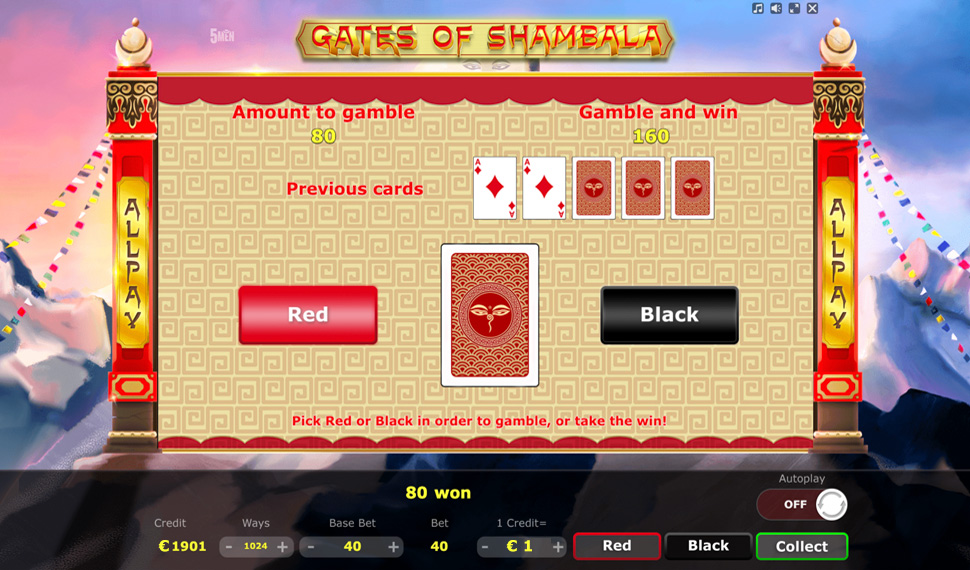 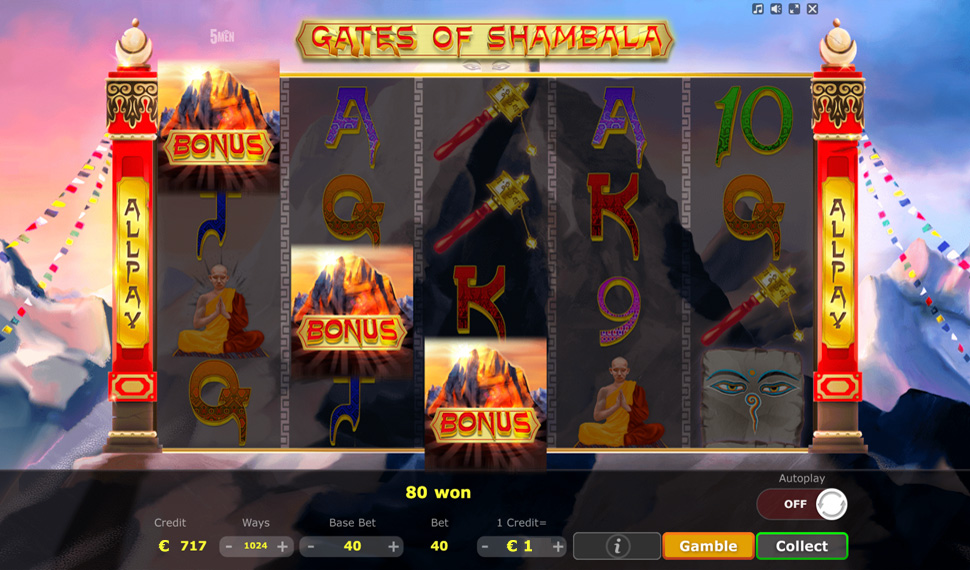 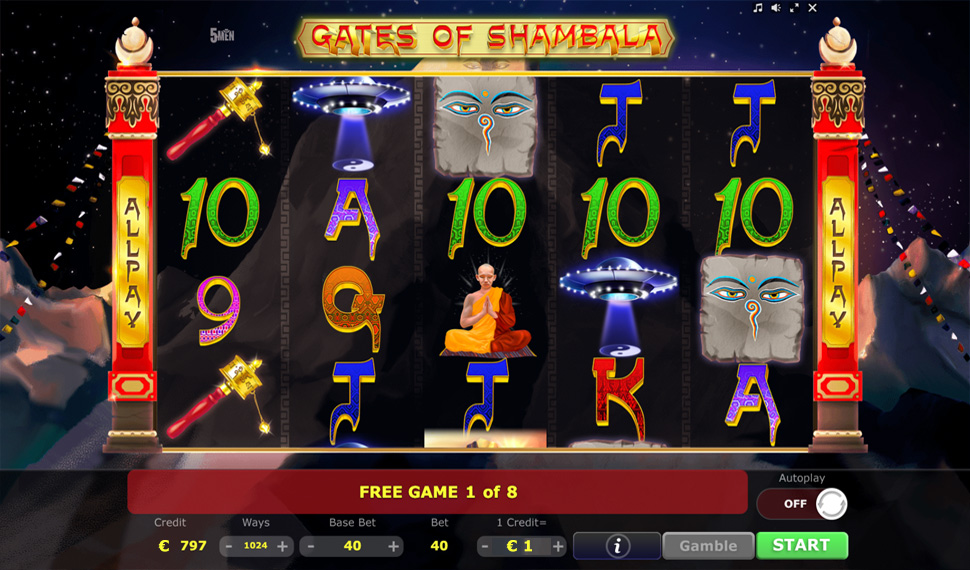 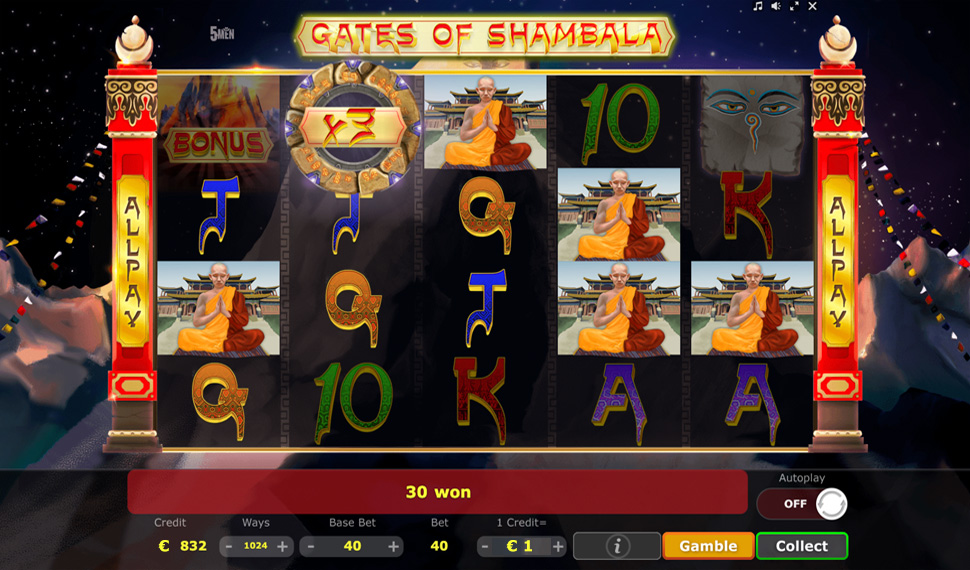 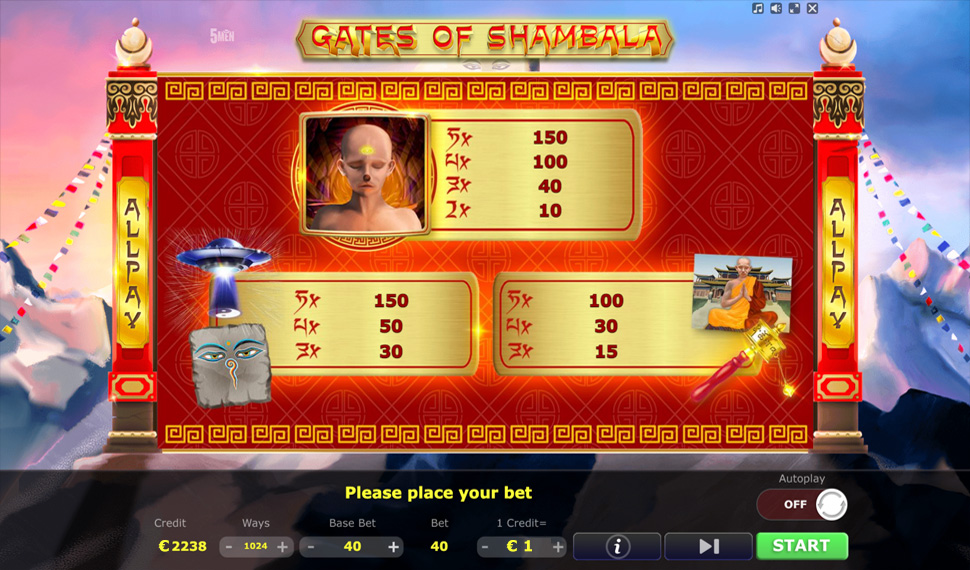 About Gates of Shambala

There is no limit to our admiration! Shambala, as you know from ancient occult texts, is a secret underground world, which hides a world of wonders, secrets of ancient civilizations, and of course, gambling truth with a lot of exciting game features and delightful gameplay!

Shambala captures the imagination so much that even the roughest totalitarian regimes equipped entire expeditions to find this secret ancient world and learn all its wonders! Shambala is a world of Atlanteans and ancient stone cities, Vimana flying saucers and meditating yogis, secrets of the gaming universe and delightful prizes! The most important thing is the fact of finding the secret Shambala near Mount Kailash, a trully sacred place!

The Gateway to Shambala is an extended slot game in a 5 to 4 layout with a ton of great gaming features. If you catch 3 Mount Kailash symbols, you can expect up to 20 free spins. Each new Mount Kailash gives new Free Spins. The secret gates of Shambala is the symbol of the Wild. Wilds caught in the free spins spin multiply your winnings by 2x or 3x.

The Gateway to Shambala is the latest addition to game titles to our intriguing lineup of Mystic games. Do you like mysticism? Mystic slots have long been one of the most popular and most played gaming titles in the gambling world. Keep in mind that with the release of this excellent slot we did not just open the secret gates of Shambala! We are opening a whole pipeline of this kind of cellular titles! Get ready to plunge headlong into the enchanting world of rare and mysterious slots from Five Men Games!